Any items you want to buy or sell, and any related services you provide.
BUTTON_POST_REPLY
6 posts • Page 1 of 1

Was setting a nice old Simonds p-lance bucking saw for a friend, some sentimental value, and busted a cutter off. After a lot of cursing, glove throwing, and self-shaming I noticed some corrosion on the break and can once again sleep at night, it wasn't totally my fault. Anyway, I want to try some of the welding tricks that nice folks have posted about but I looked through my shop and can't find any broken-off teeth to weld on. Does anyone have a few lance or p-lance teeth they could sell me? A cut-off hunk of saw perhaps? I can do paypal or send a check and am located in the Asheville, NC area.
Josh
Top

Thanks so much for the response! I've got some busted teeth coming my way and should be able to get the saw up and running again.
Josh
Top

P-lances are thinner than heavy bucking saws and could be more difficult to weld. I broke a tooth off one last winter at a spot weakened by a rust pit. I took it to a local welder and had him put it back on, but it broke off again the first time I tested it. Let us know how yours does.
Top

I will leave a bridge in the cutters of the perf saws to strengthen it. Don't forget to pre-heat the saw steel directly adjoining the weld area, then a slow cool down immediately after the weld. Protect other teeth from over heating by covering. Grind smooth, then temper welded area.
John
Top

Took the tooth and wire to a local welder (getting a rig of my own is still a few years off) and tried to pass on some instructions. He was game to do the job but insisted that heli-arc was the way to go using a straight feed of the tool steel wire John was kind enough to supply. I wouldn't call the results 'pretty', but after I retempered the tooth it seemed to file well and set readily. Passable for a first attempt. Not looking forward to breaking the next tooth, but I will enjoy improving the technique. Thanks to all for the help. 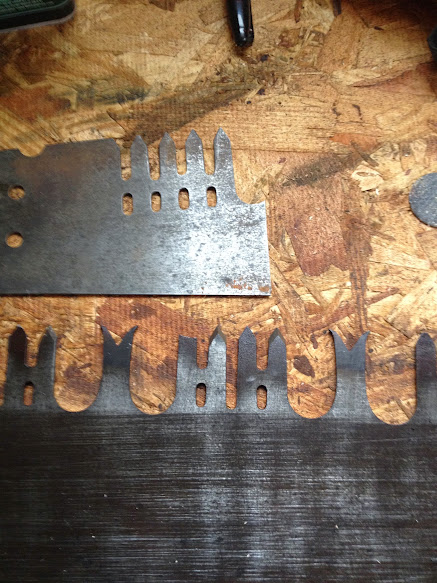 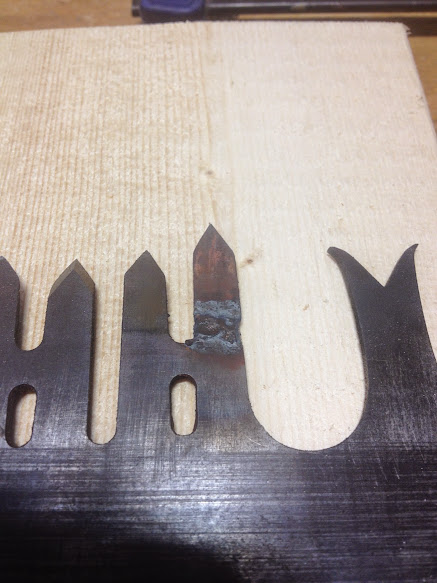 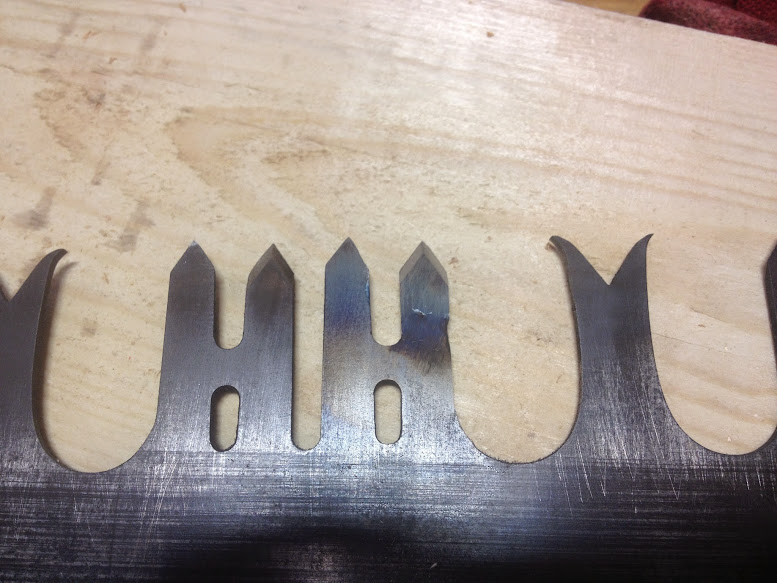 Also some good shots of hot swaged rakers. I spose the jury's still out on whether it's best practice, but it sure bends them over.
Josh
Top
BUTTON_POST_REPLY
6 posts • Page 1 of 1