Got a question? New to the forum? Feel free to post your questions here.
BUTTON_POST_REPLY
25 posts

I know there has been alot of low opinions and bad experiences with curtis saws, jemco, crosscut saw company,etc. I know I've thrown out my negative opinions of them. But lately I've come across a different breed of the "curtis saw". Hopefully somebody can shed a little light on my questions. The saws have the logo of two men sawing a log, curtis saw company st. louis, curtis fast cutter, and oil tempered and hand filled. The saws are very evenly ground and the teeth are uniform and are stamped out smoothly. The hands are made out of solid wood, not your typical plywood. When sharpening these saws the steel feels comparable to a vintage big three homeowners model. These St. Louis saws are definitely not your Jemcos. They look and feel nothing like a Jemco. So my question is did Curtis Saw Company at one time make a quality saw or market one of the big three saws as their own. I've seen a catalog from the 1924s for Curtis Saw Company. Are these saws vintage? Thanks again for any info. 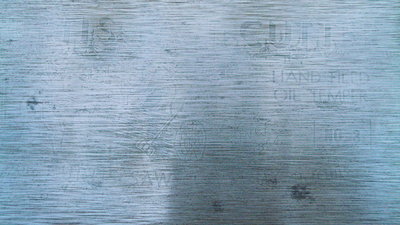 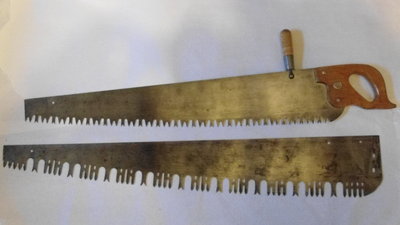 I am probably telling you what you already know but a quick web search revealed that there was a Curtis Saw Co. founded in St. Louis in 1854; by the 1880s is was turning out circular saw blades and other mill machinery--apparently you could buy an entire Curtis mill; they put out a least one catalog--circa 1910; company split in 1954 into Curtis Saw and Curtis Machinery--not clear if that Curtis Saw is the one we know and love today. Nor is it clear the older company made crosscuts but I think it is a fair bet they did. I found this info at a site new to me--www.vintagemachinery.org. They appear to be a COI that specializes in old metal and woodworking machines. By the way, when looking for companies, especially ones that date to the 1800s, I have found city histories helpful. They often list the big and not so big manufacturers at certain times. I found info on James Ohlen & Sons saws--firm that eventually became Ohlen-Bishop--in a history of Columbus, Ohio where the company was founded.
Top

I can tell you that the old Curtis Saw company made a quality crosscut saw, and that Jemco is currently using that same name to produce a __________ crosscut saw. (insert your own adjective)
Last fall I was at Dolly Chapman's filing workshop, and I cleaned up a rusty 42" D-handle perforated lance saw that had a small "C" inside a box engraved in the heel of the saw, down in the corner behind the last set of teeth. She told me that was a Curtis stamp, and then quickly reassured me that it was the old Curtis brand when she saw my face. I haven't filed the saw yet, and it's not high on my list right now, but I can tell you just from looking that it is a completely different animal than the one's that come with an oval sticker on the end.
I'll post more if I can get some more info on this topic.
Top

Wow! That sheds alot of light on things Crosscut Sawyer. I never really paid attention to the stamping on the ends of saws. Most of the time its just personal identifiers, initials, and random numbers. Once you mentioned the boxed C it jogged my memory and I had to go dig through the saw rack. What I found was quite surprising. My three vintage curtis saw company saws did indeed have the boxed C. My one man Hibbard and one man Wyeth HDW Mfg also had the mark in the same spot. I had always notice that the hibbard and wyeth were identical to the VCSC but just assumed they were all made by one of the big three. I also found a one man tuttle tooth with the logo Our Own Hardware with the boxed C. In digging through the 2 man side of the rack I found two more saws. One was an unidentified perforated lance pulp saw and the other was a Montgomery bucking saw. I found this very surprising that if the boxed C is VCSC stamp then apparently they made alot of saws for other companys. Several of these saws I've already sharpened and used a fair amount and have found them to be pretty decent saws. This boxed C may help identify some unknown saws. Again thanks for the info. I'll have to do some more research and see what else can be found out about the Curtis Saw Company.
Top

Few additional thing I found: Jemco was established in 1947 and Curtis Saw broke off from Curtis Manufacturing in 1954. Jemco must have acquired it after that. I tried to find a Jemco history but only place was a Dunn and Bradstreet site and they charge around $45 for even the sketchiest of reports. I am trying to find someone who has a contract with D&B and could get a report/history for free. I also noticed on a recent Curtis on sale on eBay that they continue to claim "Est. in 1854" on their logo which was the date the original Curtis Manufacturing was established. Even on the eBay photo is was striking how poorly the quality of steel on that saw compared with the ones you posted. I couldn't quite make out the etching of the two guys sawing on the photo you posted but by any chance is it the same logo Crosscut Saws of Seneca Falls--Jemco's home--use? In addition to saws of questionable quality, Jemco now makes medical supplies, presumably scalpels and such. Makes you think.
Top

Ha Ha Jemco making medical supplies, thats scarey. Yes goodfeller, the logo of the two men sawing is the same one jemco still uses. Thanks goodfeller for the tips and info, you definitely found info I couldn't. It would be interesting to know when jemco started making saws . Did they make some in the 50s and were they decent or have the saws always been inferior? That question kind of pulls me off on a side topic. I always assumed that the crosscut saws were dead and quit being made in the 50s but were some crosscut saws still being made in the 60s thru the 80s ? When were the last quality saws made? Thanks again for the info and input.
Top

hi, just backing up what was said in earlier posts; if you run across a vintage Curtis saw, i would get it. it should be a good one!! they are not like the flat ground Curtis saws seen in recent years. they did mainly mfg. industrial saws and sawmill machinery, but also offered two different grades of one and two man saws. their "best" saw had Empire stamped in the etch and the "economy" line was called Acorn. both were offered in a two and a four gauge taper. the one man saw was two gauges thinner on back, and offered in lengths of three to six feet in 1/2' steps. the tooth patterns on the one man were Champion, Great American or perforated. hope this might help anyone to i.d. a saw they are not sure about. FYI prices were $ 1.00/ft. for the Empire and $0.70/ft. for the Acorn!!!!! If we could only go back a few yrs. and buy a few!!
Top

All the Curtis saws that I have seen seem to have the "cooling tower" shaped rakers. Fortuitous that this thread came up, as I was planning on posting some details about some Curtis saws I have in the shop right now. I have multiple versions of the saws and it's an interesting comparison. Two of the old quality with the nice steel and etch, in Perf lance and Champion, then I have a couple of the newer Jemco perf lance saws, the shorter D handle variety and one of the longer two man felling saws. There's a remarkable deterioration of quality the newer they get. Even between the oval sticker variety. I'll get some photos and post up here maybe later today.
Top

Curious about the quality and how old the Jemco saws are? I was just visiting a East Coast saw manufacturer a couple months ago about having some lance tooth saws water jet cut for me. He had stated that his company started to make a few saws for Jemco this last year. He had said the quality was greatly improved over the past manufacturer that Jemco was using. Hoping to see a sample if it is some of the new saws.
Speaking of the vintage Curtis, I have a 65" lance tooth taper ground, sitting in my vice also, So far, it files and swedges like a quality saw. The logo is only visable with good light outdoors.
John
Top
BUTTON_POST_REPLY
25 posts