Got a question? New to the forum? Feel free to post your questions here.
BUTTON_POST_REPLY
8 posts • Page 1 of 1 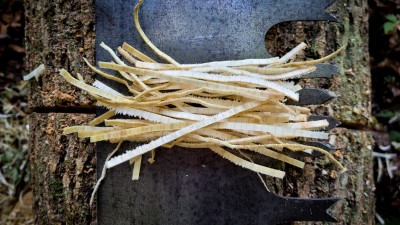 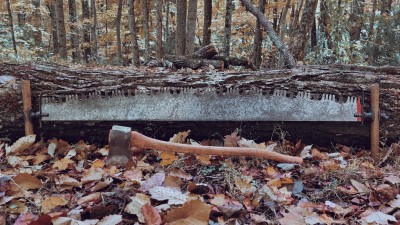 I have a two-foot long, 3/4 inch galvanized pipe mounted about six inches away from and parallel to the wall. I cut pieces of metal coat hangers about six inches long and bend them to hang over the pipe and through a hole on the end of the saw. Teeth are toward the wall. I can also hang sheaths next to the saws. It will hold about 15 saws. I hang both two-man and D-handles on the pipe.

For active storage where you need to have ready access to any one saw all the time it is hard to beat the classic method: 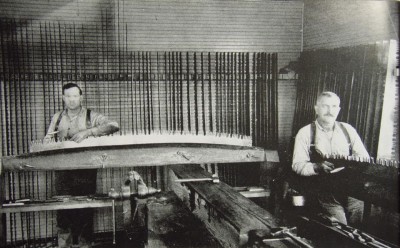 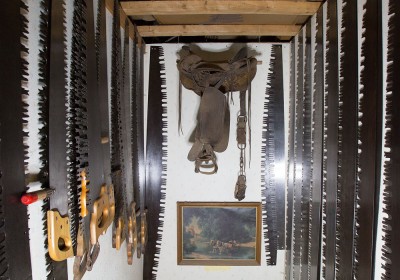 Old-time method with teeth pointing toward wall. Users and filed saws on left, damaged saws waiting for the welder on far right, one mans in the middle 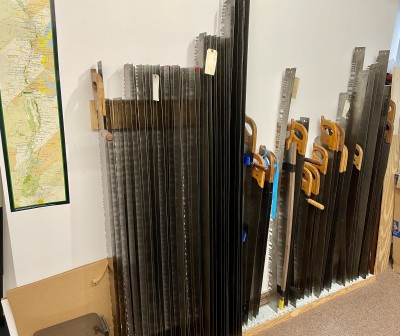 I was expecting a response to your noodles - they are really long and uniform in length! Nice job!

Somebody somewhere must have said this, but sometimes the little things count!
Top 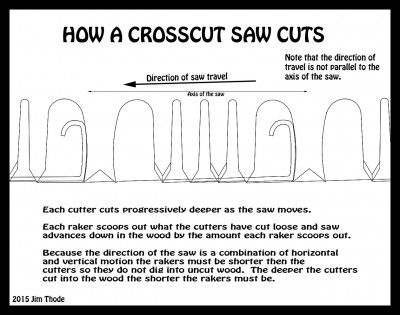 Thanks for the ideas! I am now planning to build a hybridized style of some of the original saw filers shacks, PATCsayer's, and a gun rack. The whole thing needs to be able to be moved eventually. I now have a plan and will post some pictures when I get it finished.

Thanks again for the ideas.
Top 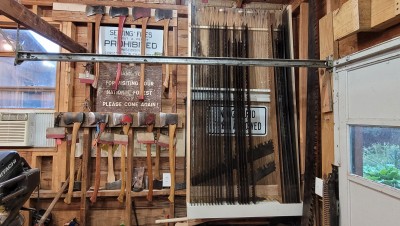 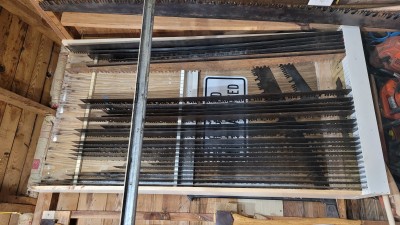 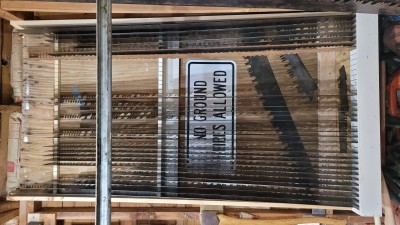 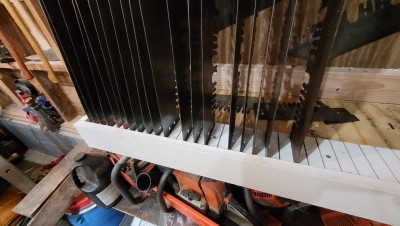 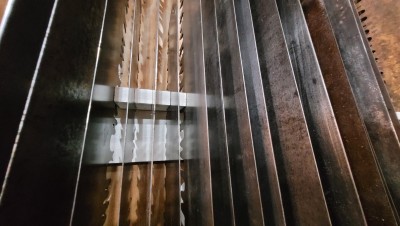