Got a question? New to the forum? Feel free to post your questions here.
BUTTON_POST_REPLY
5 posts • Page 1 of 1

A friend of mine just gave me two crosscut saws. Both belonged to his dad who was a logger in the Santiam Canyon in Oregon starting in the 1930's. He started out his logging career as a topper.

Both are a fairly rusty but appear to be put away sharp.

One is topping saw that looks like it was made from felling saw. It is 40 inches long and the end of the rakers are .100 thick. It is still sharp enough in spite of the rust to pull noodles. It is really fun to have a topping saw. I've wanted one for a while.

The second one is a 7' bucking saw. The rakers measured .110 thick. I don't currently have any logs big enough to test this one out but it feels fairly sharp

Based on the measurements I am thinking they are both Royal Chinooks. The rust is thick enough I doubt I will be able to find an etch. 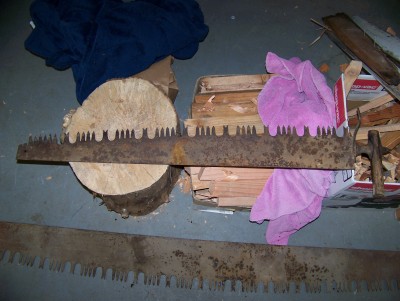 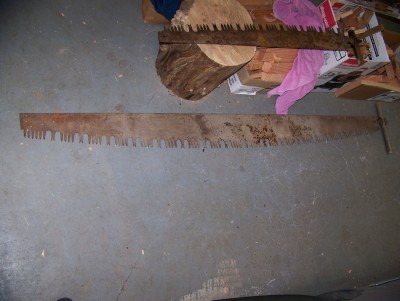 Congratulations on your "new" saws! I would agree that you could there is a good possibility of them being Royal Chinooks.
Carefully removing the rust will very often reveal partial logos, as the early saw were etched better than the newer ones.
I have a topping saw that is just over half of an 8' Chinook falling saw - it's one of my favorite "one man" trail saws!
Glad to see that you are still on the forum! I went to an estate sale in your area just yesterday - came home empty handed....

I have a couple toppers that I take out as go-to saws. Both are 513s.

I needed a longer saw on this big chestnut oak, but it's the saw that I had. 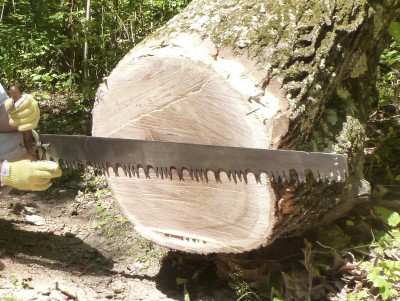 This one was a little longer. 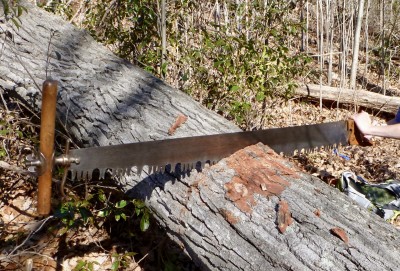 Trailsawyer, at least in my area (central Willamette Valley) I've never seen a crosscut saw at a yard sale/estate sale. Most of the ones I see are either on Facebook Marketplace/OfferUp/Craigslist or at antique stores. My first saw came from an antique store (Blackbird Grainery) in Mt. Angel Oregon, where I have gotten more old tools than any other place. I've bought two off of OfferUp/Craigslist and then these two came to me unexpectedly.

PATCsawyer, I've had that problem too. I cut through a large tree that was about a foot smaller than my saw. That was some very short strokes.
Top

The saw actually took a full stroke, as it was pulled back through the kerf, just not a long stroke. I had my kids with me, so everybody got to practice their bucking skills. We double-bucked the corners but went to single bucking as we got deeper into the cut. We never stopped sawing, just changed out sawyers as we went.There was some complexity to the bind requiring both bucking and hanging wedges. 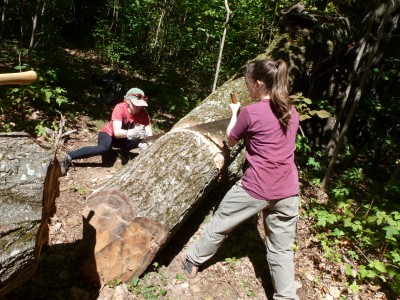 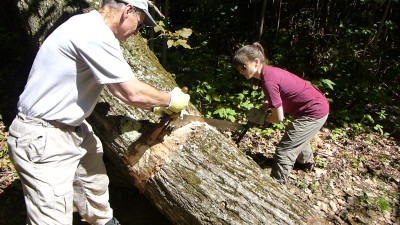 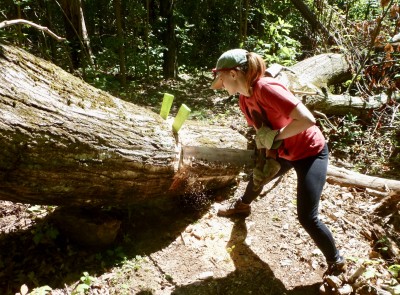 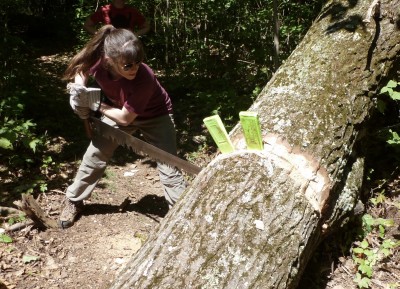