Got a question? New to the forum? Feel free to post your questions here.
BUTTON_POST_REPLY
6 posts • Page 1 of 1

I seriously mangled a nice saw today while making crosscut firewood. When the saw contacted the screw deep in the wood there was an unusual high pitch sound that I thought was simply a knot. Unfortunately, I kept sawing. There is nothing that I can see on the outer surface of the log to serve as a warning. Comments? 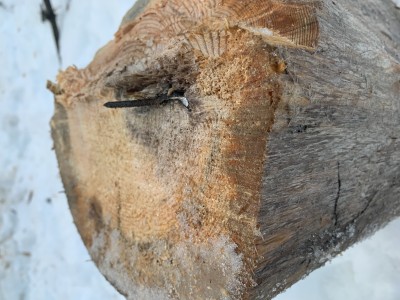 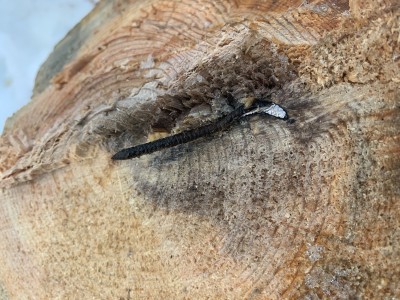 Ouch! That's brutal looking. As much as it pains a person post some pics of the teeth out of curiosity. I seen a saw once that cut a 30 caliber bullet lengthwise. Surprisingly the saw took it like a champ and finished the season out before going into the saw shop. But that is nowhere as hard as a screw.That sucks, hopefully not too much damage.
Top

I've never hit anything with a crosscut but have with other saws. The worst was a hard 1/2" steel ball bearing emended in a log that I hit with a chainsaw. It turned out that some kids have made a homemade gun had shot the ball bearing into the tree, 50 years ago. Of course I've also found that a glass electric fence insulator does not cut well on my band sawmill.
Top

As Jim says and others know, this has been a problem for sawyers for a long time, and particularly in sawmills. Large commercial mills for a hundred years or more have been dealing with mostly things like lead bullets in trees but also with all kinds of steel and other things nailed or embedded in the wood. Grown-over barbed wire fence is another good one. You often can't see it in the grown-over bark unless you have a really good eye, so it can be tough to avoid. In an effort to lessen the impacts to mill saws, the Forest Service switched to aluminum nails forty or so years ago for nailing signs like boundary, bearing and other signs, and also started using fiberglass 'Carsonite' posts more in order to avoid nailing into trees. Nothing ticks off a mill saw sharpener more than ruining a freshly sharpened band. I understand in recent years there have been some changes made so mills can identify issues before they start working on a log, but I'm not familiar with that. John S.? In the meantime, us poor saps on crosscuts and chainsaws .....
John
Top

Some of the sawmills I've worked at used a metal detector after the debarker. Most of the time the operators that were supposed to monitor it didn't want to get out of the cab to look. So we called the Band saws the metal detector. You name it pretty much everything has been in logs going into the mill. Rocks, chokers, Bullets, screws, glass insulators, railroad spikes, and even skunks in hollow logs. The upkeep on metal detectors is pretty high, so the mills take the gamble on not running one, and just replace the saws. It seems though, the newest saw will invariably be the one that hits something. The sawmills are getting better at caging in the sawing machine centers to keep the broken saws inside. Several workers I have been working with over the years have been hit by saw teeth, or come very close to being injured. 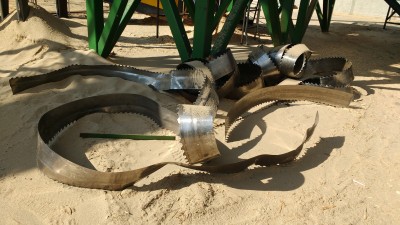 four resaws that hit metal and blew off the wheels. all one morning hitting large spikes. 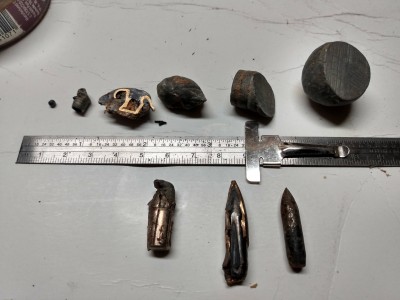 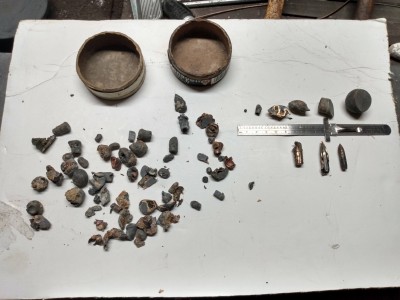 Collection of bullets found in lumber

Here’s some pics of saw vs. screw in log. I tried to continue sawing afterwards but the saw only produced wood fuzz. It stopped cutting. 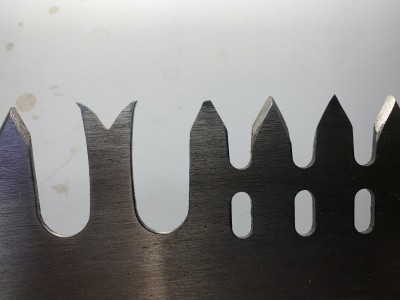 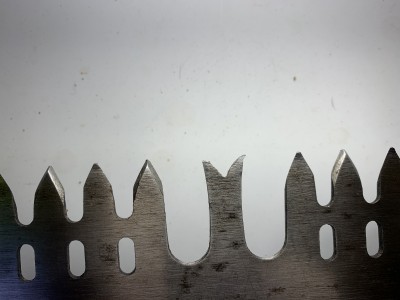 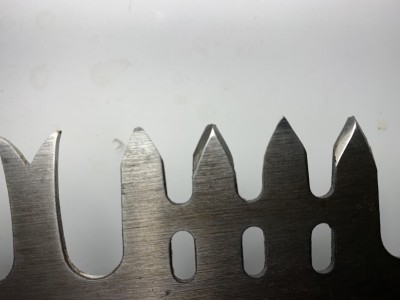