Saw-setting pliers - anyone use them?

Got a question? New to the forum? Feel free to post your questions here.
BUTTON_POST_REPLY
7 posts • Page 1 of 1

Saw-setting pliers - anyone use them?

When setting with smaller sets, I get good and consistent results. 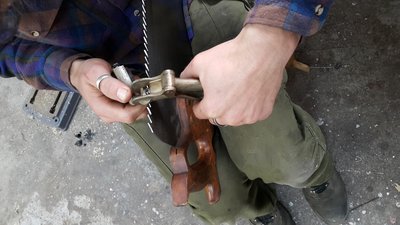 But whenever I use a bigger saw set on a big-tooth saw, the set varies wildly. For example, on adjacent teeth and using this saw set, I measured 0.35 mm and then 0.58 mm on the next tooth I set. I have a Morrill saw set as well and that also gives me very inconsistent results. Does any one reckon these devices are any good? Right now, I much prefer hammer-setting, but that takes time. 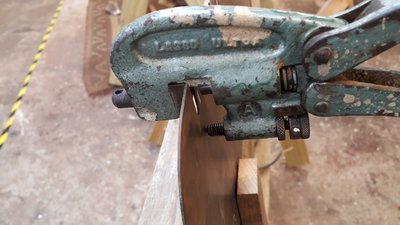 Using this device, set varies wildly from tooth to tooth.

Gavin, could you take a few more pics of the smaller set? There just isn't enough in your pic to get a good idea of how big it is or what it looks like. Plus, is there a certain TPI that this set works well with? Could it be used for a hand saw with 10 TPI or is it just for crosscut saws?
Top

My little ones have been very reliable on small tenon, crosscut and rip panel saws. The dial guage lets you set for teeth between 4 and 12 tpi.

I've tried the bigger ones on two-man crosscuts but the set seems to vary from tooth to tooth. When I use it now I go over all the teeth once. Go back and check them with a guage. Mark the lower ones, then reset the pliers and go over those ones again. If there are one or two a little high I'll rub a fine file along the teeth and take of the high spots.

I do feel that a tool like this ought to be consistent and I don't know why it isn't. I'm working on my hammer setting!

I use a large Morrill type set most of the time with good results. I use it with the saw horizontal for best control and seldom over set where I have to remove too much set. I measure each tooth and control how much set I add by the amount of force in the handles rather then trying to set each tooth with the same force as you can with a smaller saw. I have also checked for relaxation of the set over time and have found none with a dial indicator. I would not recommend removing the set and setting again. Every time you you bend a tooth, the more likely it will break due to fatigue.
More pics at
http://www.pbase.com/jimthode/sawset 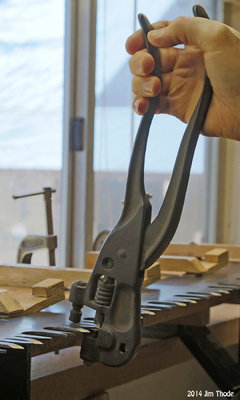 Before this topic gets too old, I have a similar setting tool to Jim's that is made by Atkins. I use it in the same way that he uses his.

My procedure is to first measure the set of all the teeth with a spider gauge. I don't have a readout but have a system that if the tooth is significantly underset it it gets two dashes with a wax marker and one dash if it is just a bit underset.

From there, I use the pliers on all the significantly underset teeth (the two dashes) and remeasure the set. If they haven't moved much, I'll do the plier set again. Re-measure. If teeth have moved to the right set, then I'll go to the teeth that are slightly underset (one dash) and set them. Re-measure.

Once the teeth are set, they do not seem to change much between filings even though there might be a couple of years of saw work before refiling.

I use setting pliers for smaller saws. Even if you have an 11 ppi and set the pliers to 11, the teeth retain different sets. I've assumed that there are enough variations in steel and tooth shape or where you place the little anvil that could account for this.
Top

I am an owner and user of two Eclipse saw sets.
Eclipse 77 handsaw set (clone by Alex) 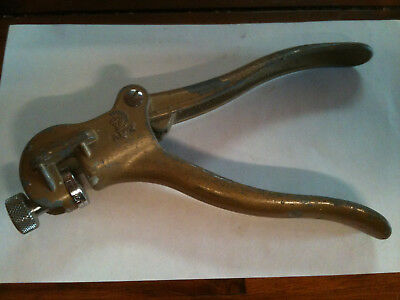 And Eclipse 79 circular saw set ( or whatever large saw set) 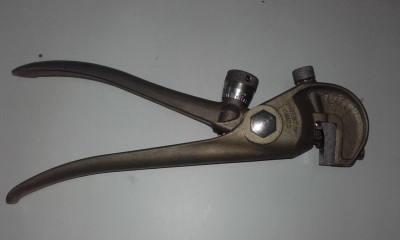 I was always getting trouble to set teeth with Eclipse 77 evenly, except working the lever all the way to the dead stop. In other words, I had only one adjustment to work with - the point of bend. With some saws it was ok, but with larger ones ( 6-4 tpi) I was trying to move the bend line farther from the tip most likely to set the whole tooth. The "anvil" on Eclipse 77 has too much slope to use "dead stop" technic, it gives unuseable overset. At the same time the bigger brother Eclipse 79 was doing just great with "dead stop" technic , because it has a thumb wheel, which limits the amount of set by adjusting the initial position of the hammer, while having the constant amount of stroke every time. It made me think "Why Eclipse just did not make the same wheel on its 77 model?" May be because of the "consumer" class of Eclipse 77... Whatever the reason, I decided to get small saw set with "direct" set adjustment. But, after searching the internet for other vintage options, I figured out, that its better to add the set adjuster to my Eclipse 77 model. And it all started... 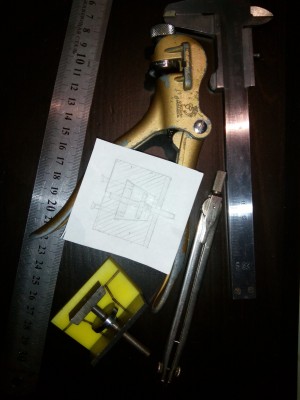 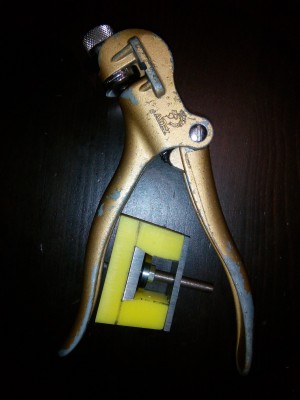 The mockup turned out well, but I discovered a problem, trying to attach it to the saw set lever. I changed my initial plan slightly and made all metal body for an adjuster. Individually shaped plastic legs held the metal body in place. 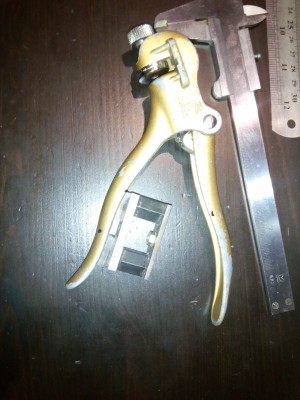 Bottom lever itself was than tapped. Than all stacked pieces were cinced tight with coutersunk screws.
Top 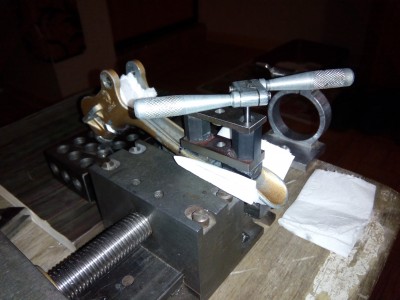 And, finally, two brothers could correspond each other. 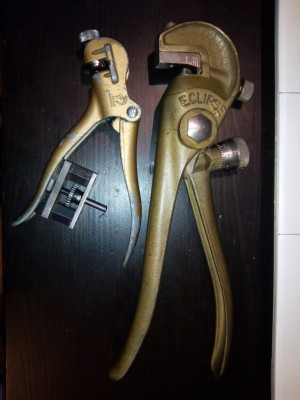 It's better to see in details.... Here is the video https://www.youtube.com/watch?v=upLIcZKHzVg&t=73s
Top
BUTTON_POST_REPLY
7 posts • Page 1 of 1