I am about 10 hours into this saw. I really wanted to slow down and work on getting it right.

I bought this saw from an antique shop in northern MN a few years ago. It was rusty but cleaned up well and was almost full length teeth and almost not set.. The original filer filed a third slope of the face of the tooth, and filed the rakers with a bastard file and left deep groves in the adjoining raker to the one he was fililing. The same groves showed up on the sides of the teeth also. Besides those things the original filing did not look to bad.

I got the rakers filed and set with out any issues, and was thinking I had this saw on the run. After I pointed up the starter teeth I noticed what looked like a fracture in the tooth like in the pics that I have seen on here. I stopped and set that tooth to .010 and to my surprise it held up. I continued to the next tooth and it also was fractured. This time during the point up the tip just fell off! haha. I then quickly proceeded down the saw and filed up one side of the teeth until I could see the fractures. I would guess about 80 of the teeth on that side were fractured.. I pointed up one more tooth and it to fell off!

Back on the wall! 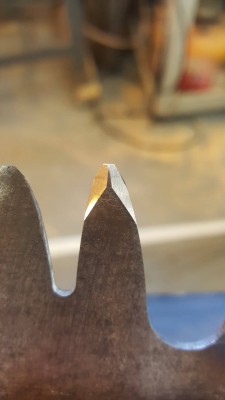 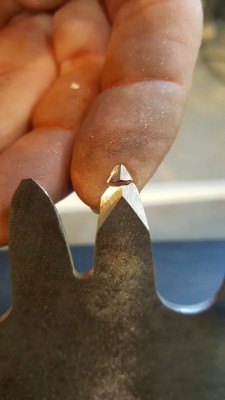 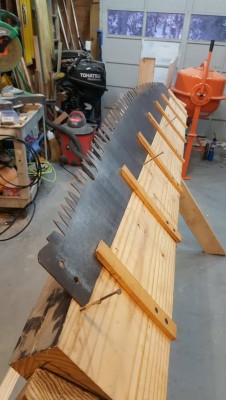 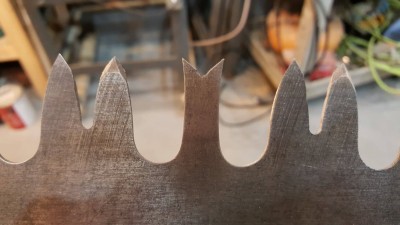 Tough break(s). Looks like the previous filer may have kinked the teeth high at the tip. Simonds 13? The rest of the saw looks good so you could make a project out of it and joint down below all the fractures and start over. Start with a coarse file and hog off the metal down below the lowest fracture and do the same when reprofiling the teeth. Switch over to a smoother file once you have the teeth close to their final shape. There's a lot of life left in that saw once you resurrect it.
Top

I have a Simonds 503 that is very hard and had several cracked tips when I got it. In order to set the teeth I had an option of softening (tempering) the cutters or finding some other way to set the teeth. I opted to set the whole tooth and not risk setting just the end of the tooth. That worked well and I was able to set all the cutters without breaking a tooth. The teeth are still very hard and hold a cutting edge very well. 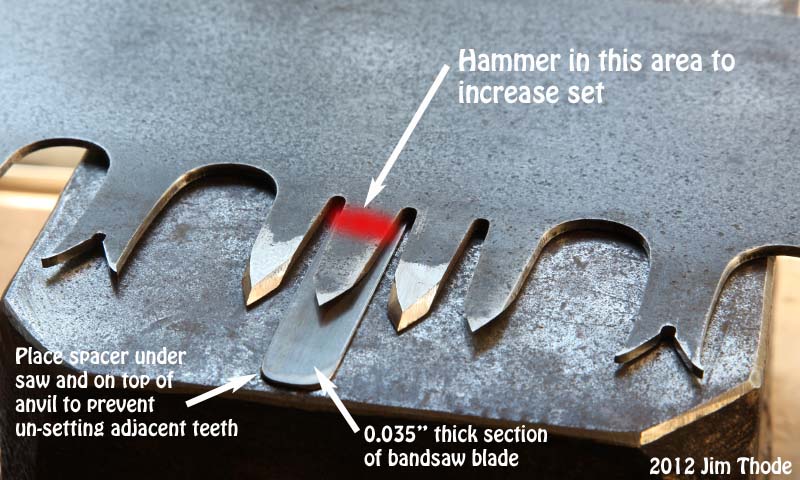 The full story on this saw at: http://www.jimthode.net/Tech%20tips/sha ... ioning.htm
Top

Thanks for the suggestions. I have not given up on it, just back on the wall to think about it! It will take a lot of jointing to get it back in line.

I do like the method of setting the whole tooth and have tried your example on a very pitted saw. worked really well and took the stress off of knocking week points off!
Top

Having learned my lesson I quickly filed a few teeth in the center of the saw and sure enough more fractures! I filed up 4 teeth and all showed fractures in the tips. At least I know about it now, before I put in all the time on the rakers. Looks like I will have to joint off about 1/8" +-. other than that the saw looks really good.

Do you guys find a lot of fractured teeth?
Top

On occasion. Some saws seem more prone to it. I've seen it a lot on Simonds 325s.
Top

I see it more in almost new saws, where the factory sets the tooth, too close to the end or tip of tooth. setting a tooth where the fulcrum point is 1/4" to 5/16" from tip is better. I find also where the break will be at the fulcrum point, if the anvil has to sharp of a corner. A more rounded fulcrum point has less stress with less likely it to break. If only a single tooth from a kinked tooth brakeage, I'll forge a small amount of HSS and mild steel mixed onto tip of tooth. You have to protect adjoining teeth from heat from weld and from re-tempering the tooth that is repaired. You could also MIG weld a whole tooth in it's place by making the weld closer to the base of the tooth near gullet. Using a piece of copper to weld on and also small pieces used as heat sink to protect other adjoining teeth. All steel near weld needs to be pre-heated 200-250 degrees before attempting weld or there will be chill cracks develop along the marriage line of weld.
John 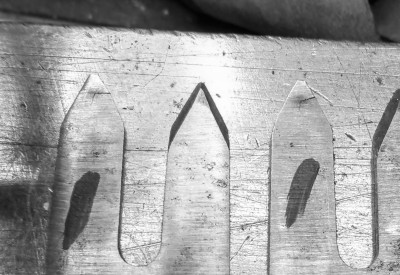 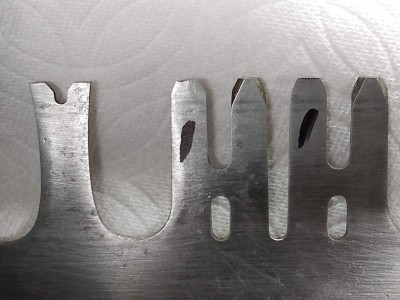 teeth jointed down below fractures. I used a 90 grinder with 36 grit sanding disc. go lightly so as not to burn tooth, then finish with long jointer. 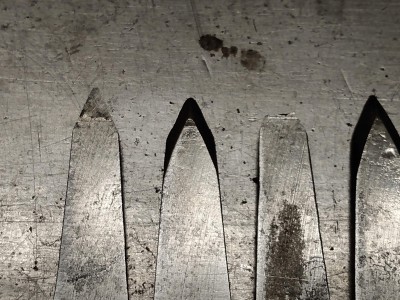 tooth breakage from too sharp of anvil at fulcrum point 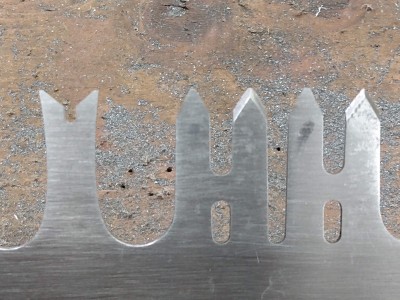 I used 90 grinder with sanding disc to grind bevel to save file time. go lightly so as not burn teeth. 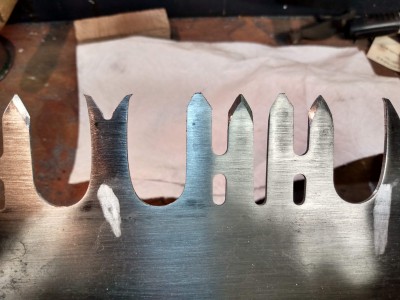 I have a several No. 13s and a No. 113 and one of the 13s has the tips of three teeth broken off. They are not all together and it doesn't seem to affect how well the saw runs. I worried about it for a good while: joint the whole saw? (that would take a lot of time and I would have to reshape every tooth, gum out every gullet and reshape every raker); weld on a quarter inch of steel? (beyond my ability); do nothing? (lets me go into a long story about why there are three teeth with the tips missing).

This may be too anecdotal, but I find that Disstons are relatively easy to set and swage and that Simonds are much tougher to set and to swage.

One solution I've tried is to make the teeth thinner overall. For the rakers, a 30 degree tooth is easier to move than a 40 or 45 degree tooth. For the cutters, increasing the bevel from 45 degrees to 60 degrees reduces the overall thickness so there is less steel to move when setting. I've been working on a Simonds No. 324 and increased the bevel from 45 to 60 degrees (photo below), the angle for the tip of the tooth is about the same. I also tried to thin the tooth so that the angle at the tip is less than 45 degrees. 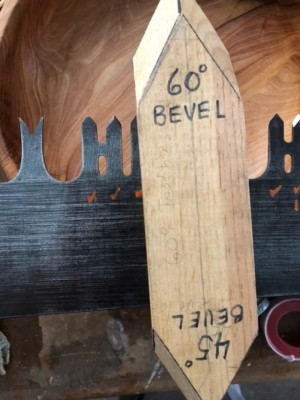