I have always had a problem filing rakers. Hard for me to tell when the flat spot left after jointing "just disappears", then after swaging and filing to the final depth, , did I get rid of that flat spot so the raker tip isn't a "sled runner". Then I remembered my old (had it a looong time) 30x handheld illuminated microscope. What a serendipitous discovery! Now I have a way to be precise when doing those operations. I don't have to be fast but I do like to be precise, which is what we are after in the end.
Top

I think you are correct Bob, if you can not see a tiny spot of light on a raker or cutter or confirm a razor sharp edge on the same you can't do a good job of sharping. I had not seen the pocket microscope before but I use a head mounted magnifier.
Here are some ideas on lighting and viewing a saw when sharping:
http://www.bchw.org/Tech%20tips/sharpen ... Filing.htm

How do you guys end up with a sharpened, swaged raker that is perfectly square across the cutting edge. Before I swage, it is dead-on square; after, it is some planar geometric oddity that is not square. The final .003 with the sloped filing plate does not correct this. I am perplexed and frustrated. Warren files the underside of the swage, but that does nothing to square the cutting edge. Is it a big deal or a case of "the best I will get". Looking at them under my 30 x microscope, very few remain square after swaging and finishing.

Bob,
A close up photo may be good but if I understand your problem it sounds like you are not hammering square with the saw when swaging. Maybe raising or lowering the saw vise or standing on a small platform step to change your orientation to the saw would help. If the face of your swaging hammer is square to the saw there should be no weird angles created when swaging.

If you look closely at the tip of your raker, the spot where you hammer will start looking shiny. The smooth face of the hammer will flatten the fine file strokes and show you if you're hitting one side more than the other. I also underfile the raker just a bit by placing a extra slim taper file flat on my raker gauge and sliding it under the raker after swaging to the pin. I make sure the edge sliding under the raker is safed. This may be an unnecessary step, and can easily be overdone, but it does square up the underside and creates a double bevel with the top of the filed raker. Experiment with different techniques and find what works best for you. 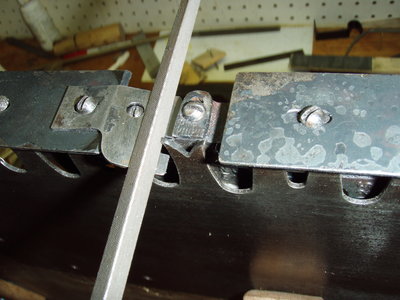 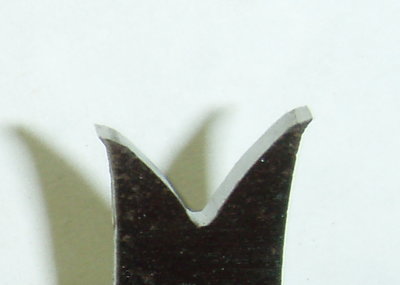 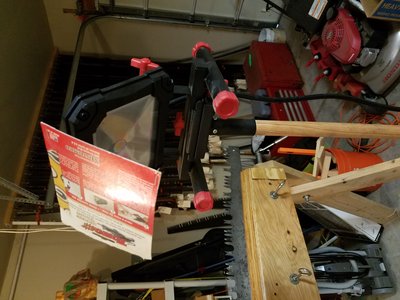 Jim, thanks for the visual graphics link that help diagram the angles of the light paths.
Wanted to add that folks can tape a simple cardboard "flipper" to the cooler LED flood lights to prevent the light shining in your eyes.
Don
Top

Thanks Jim and PATCsawyer! I use a flattened 3/8" bolt (thread end) and make certain I am square with the strike. More practice maybe! And under my microscope the "out of square" is probably only a few thousandths.
Top
BUTTON_POST_REPLY
7 posts • Page 1 of 1