frizzen wroteCOLON ↑
November 13th, 2021, 9:47 am
When you guys do gumming and jointing, do you cut all the gullets back to deepest one, or shorten the long teeth to shortest, then recut gums between teeth?

So do you end up with the saw arc flattening out over time, or keep shortening the end teeth that don't really need it but maintain arc?

I don't worry about gumming or getting all the teeth the same length till the shortest teeth get really short. Unless you are cutting really large logs a 1/2" deep raker gullet is plenty large enough to carry the cuttings out of the kerf. The arc of the saw will likely be a little flatter but that is not a problem. There is no real required arc as long it has some. Modern competition saws are quite a bit flatter then vintage saws and they seem to work fine.
Top

First, I joint the saw and don't really pay attention to maintaining the arc of the saw - it will flatten over time.

When I didn't have The Gummer, I used to file the gullets so they were smooth so the cuttings would curl and fall away.

With The Gummer, I figure how deep the gullets ought to be. If 1/16" or 1/8" would get me to that depth, that's what I do. If it turns out that more than 1/2 inch of steel would need to be removed, I might go half that on the first sharpening.

Some saws have lost so much steel to sharpening, there are issues with defeating the taper grind or the distance between the bottom of the gullet and the back of the saw might be less than an inch. 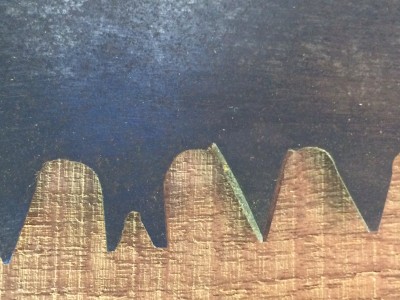 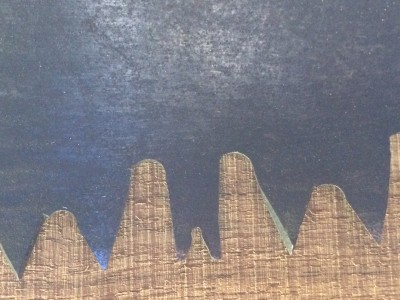