Topics should be types of Disston saws, and posts are related to those saws
BUTTON_POST_REPLY
4 posts • Page 1 of 1

Found this one in my trail club's tool room in rusty rough condition with short stubby teeth. After a night in the electro-tank and some 220 grit sandpaper, a decent etch emerged. Saw is a full 60" and quite heavy. Its 60+ teeth were boringly repetitive but they took a file well. I filed them steeper than the recommended hardwood angles and also widened and deepened the original gullets. In the process I lengthened the teeth so they would point up a little easier. Filing specs are set 0.015, raker depth 0.012.

First pass through the dry oak log was unusually smooth (perhaps partly due to the swaged rakers) and an easy start with all those small close-together teeth. I then proceeded to rip through the log in no time while making a pile of short but clean noodles, many of which broke up rounding those tight gullets. No doubt the weight of the saw was an advantage while single bucking. 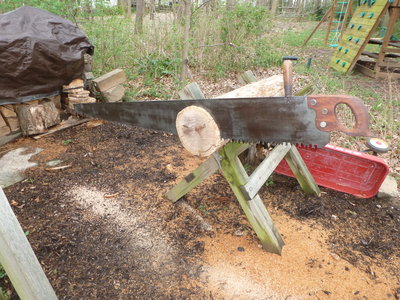 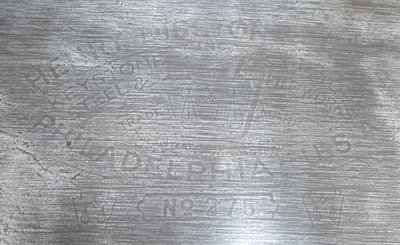 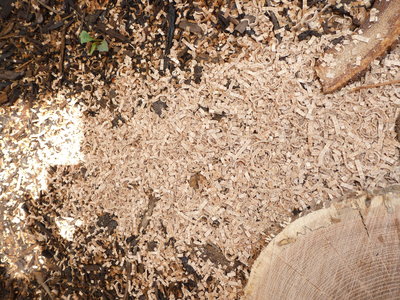 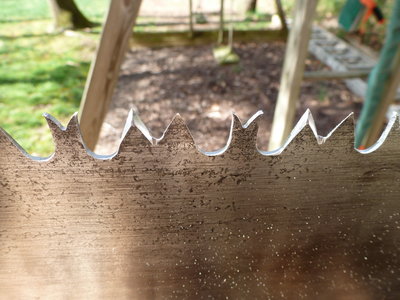 Very nice. Satisfying to give new life to a fine saw. Thanks for sharing.
Respectfully, Jim from the Missouri Ozarks