Topics should be types of Disston saws, and posts are related to those saws
BUTTON_POST_REPLY
5 posts • Page 1 of 1

Not the prettiest saw I own but I always liked it's uniqueness. When I got the saw it was primed for a painting and had some grinder marks under the paint. The saw was short toothed with uneven and lopsided teeth and gullets. I was too curious to see how a 3 tooth saw would run to junk it. I had to do a heavy jointing and recut the teeth and gullets to a consistent depth. I figured the 3 tooth would give a weird inconsistent cut but was wrong. Its one of my favorites when I need to cut a big tree. The saw runs really smooth without any vibration, maybe due to the heavy duty teeth? The saw makes some of the biggest, longest, unbroken noodles when compared to my other bucking saws. Again maybe due to the heavy 3 tooth design? ( As a side note I was a little embarrassed at the inconsistents of the sharpening job. It was one of the first saws i refurbed years ago. O well, live and learn 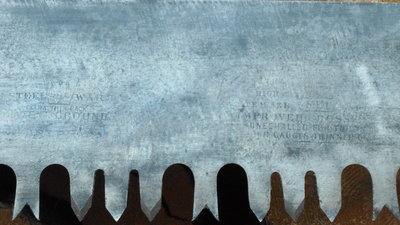 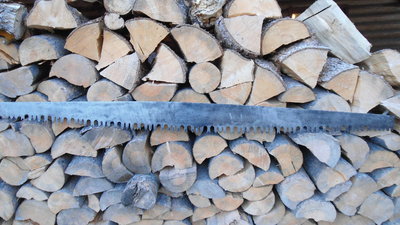 Interesting saw, and looks like a great job in bringing it back to life!

I wonder if this saw was meant to be a fast cutter? One less tooth for drag, weight centered more where more of the cutting will take place? Or maybe some Disston engineer thought he had a better idea.........
Top

This is a new one for me. Any idea if this model was in production or experimental? I did a quick search but couldn't find it in the catalogs at hand. Did Disston ever market limited test runs of models? That leads to another question I have. Does anyone know how Disston developed saw models? Did they have a design shop or group of engineers dedicated to design or was it more hit and miss? I have seen several histories of the company but none that go into how it was organized and run.
Top

Yeah, that's unusual, and very interesting. Thanks for sharing it.
Top

Here's a better image of what the logo should look like. As far as I know it was a production saw but I only see it listed in the old literature. 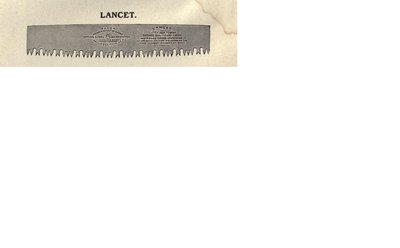