Topics should be types of Disston saws, and posts are related to those saws
BUTTON_POST_REPLY
3 posts • Page 1 of 1

Disston Keystone 954
D handle, champion tooth, same teeth and raker pattern to the end of toe
This one is 48", I wish the logo showed the little sawing man a little better 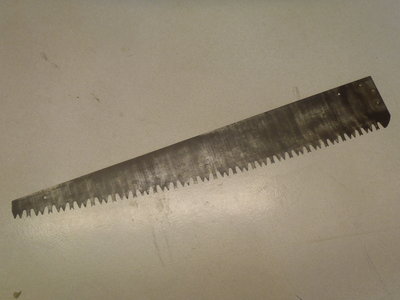 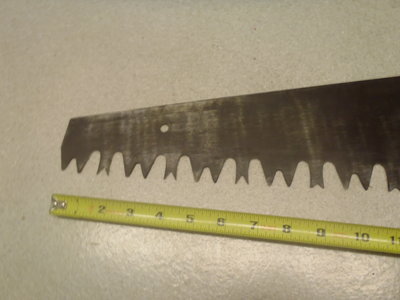 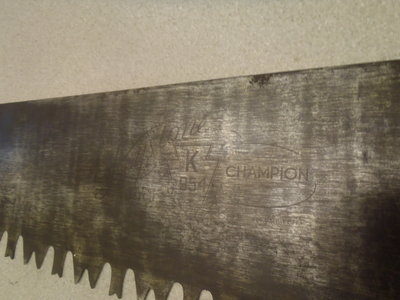 Thanks. This looks very much like the saw I have been working on with the "T" stamped in the heel. Funny thing is I was looking through some catalogs this weekend and had narrowed it down to a Keystone and a couple of other rarer makes.
Top

Just tuned up a 42" Disston Keystone 954, so I thought I would add it to the database. Nice saw with pretty forgiving steel.